A week into CoolTour – Mi México Bonito with several 100 percent Mexican activities to soak up the culture of central Mexico such as: playing the lottery, making your own piñata, even a mezcal tasting, we were convinced that many of our members were already Mexican!

For our main CoolTour party – Heroes of the Ring! most of our Palladium Travel Club family was at home, so we wanted to give them an experience of a classic weekend night in Mexico City.

One of the main attractions in the country’s capital is to attend the wrestling matches and, before entering the venue, take a stroll through the souvenir, food and snack shops, and then get in your seats, shout, have fun and have a good time with the family.

Wrestling has taken an important place in popular culture and we know that you are also big fans of this sport, so we have prepared an incredible surprise to make the experience more real with…  professional wrestlers! 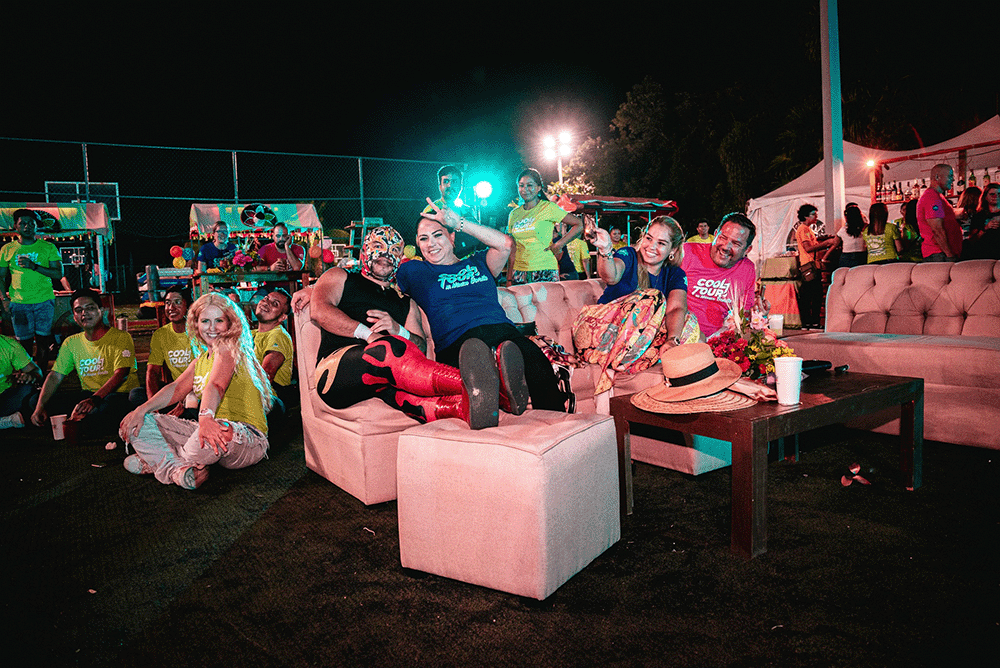 The sports centre became a real wrestling stadium with a ring, lights, music and the best company. Lounge tables were waiting for us to take our places and start enjoying the incredible snacks we had prepared for each of you. The surprises didn’t end there because some of the food we offered was authentic street food.

The taqueria “El Ñero” is one of the favourites for the locals, as Ernesto, our bartender told us in: “Ernesto recommended it to me”, he mentioned how delicious these tacos are; that’s why we wanted to share with all our Palladium Travel Club family the head taqueria of both Ernesto and many of the staff… including us!

During the event, the tacos were a hit, our favourites were the pastor tacos with a slice of pineapple, habanero sauce, coriander, onion and a few drops of lime.  To wash it all down we had a choice of horchata, jamaica and lime water, all of which were delicious, and the decision was made even more difficult because there were also red prickly pear margaritas.

Continuing our culinary tour of the party venues, we came across tacos de guisados, very famous throughout the centre of the country. For those looking for homemade flavour, the rajas poblanas with corn kernels and the chicken tinga gave you the full local experience.

To fill the last pit in the stomach and get ready to watch the wrestling show, we moved on to the delicious sweet and savoury desserts. Crunchy chicharrones with Salsa Valentina or vegetables and fruit with Tajin chilli – a favourite with the kids! For those of us who prefer sweet flavours, they could choose between churros or marquesitas.

The marquesitas, brought from the centre of Playa del Carmen, are a must whenever you travel to the Yucatan peninsula. A typical dessert of the region made of a crepe rolled up like a taco, combining the salty of queso de bola and the sweet with jams, cajeta or chocolate as filling. The best of desserts without exaggeration!

After satisfying our hunger with the delicious Mexican antojitos, we started one of the most incredible shows of all our parties: the wrestling matches! The rudos vs. the técnicos or, in other words, the dirty guys vs. the clean guys.

In the three different rounds we were able to witness, each wrestler performed impressive tricks, jumps from the third rope, free falls and many keys. We couldn’t stop shouting and blaming the rudos of montoneros.

All the rounds went to one fall, which meant that the first wrestler to hold his back for three seconds lost. The experienced referee “El Mosquito” was the mediator of all the fights and the only one who could make three seconds stretch to 10 seconds. The faces of all the spectators were in suspense every time one fighter subdued another but the joy among our PTC family always dominated.

The first bout was won by “Princess Maya”, the only woman in the whole show. Her purple mask and incredible skills led her to defeat her opponents with a double somersault, and she was the star of the night!

For the last game, “Chikitin” was the favourite of children and adults alike, everyone was rooting for him as he was the most colourful of the match. He ended up taking the night and the hearts of every one of us. The screams were non-stop and the little ones were the most fun, we lived a real night in the capital of the country! 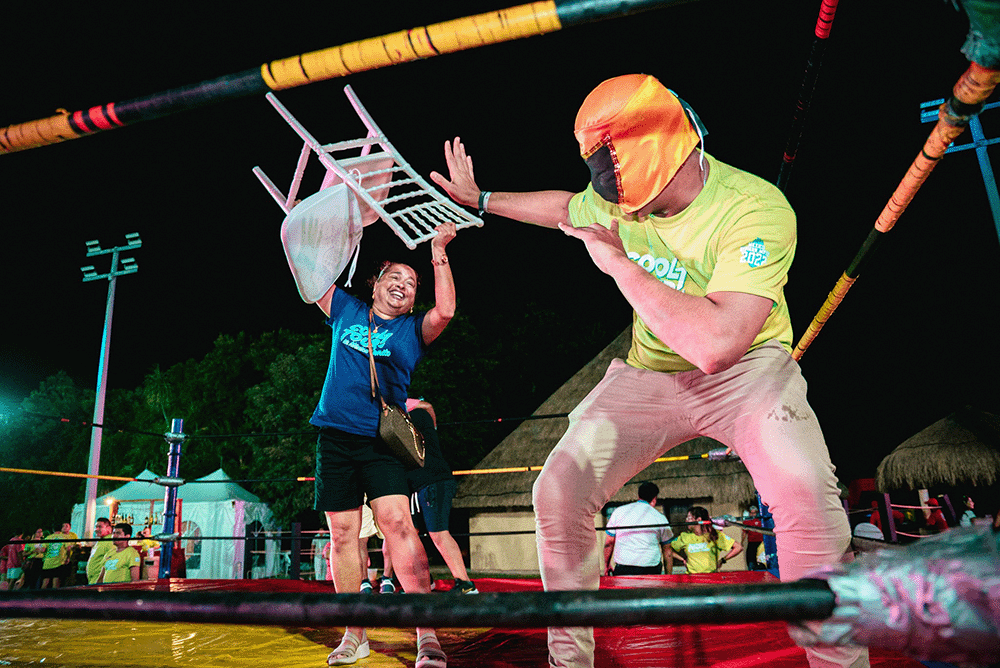 The fights and the antojitos were over but the night continued. A live band opened the night with the Bob Marley song, “One Love”, and followed with reggae music so that the change from the fights to the dance floor was not so abrupt. When the DJ started, the dance floor was filled with the best energy. We witnessed the forbidden steps of some of you and the fervour to dance.

The ring became a photo stage, everyone doing their best poses and enjoying a wonderful night. We were delighted to see you in your official event t-shirts and some of you in your elaborate wrestler costumes – you all looked amazing!

Throughout the CoolTour you got a taste of what it’s like to live in the centre of the country, what it’s like to be a local person steeped in popular culture. People who have been to the nation’s capital were able to remember what a wrestling night was like, relive their memories and, in the end, the main party turned into a non-stop event.