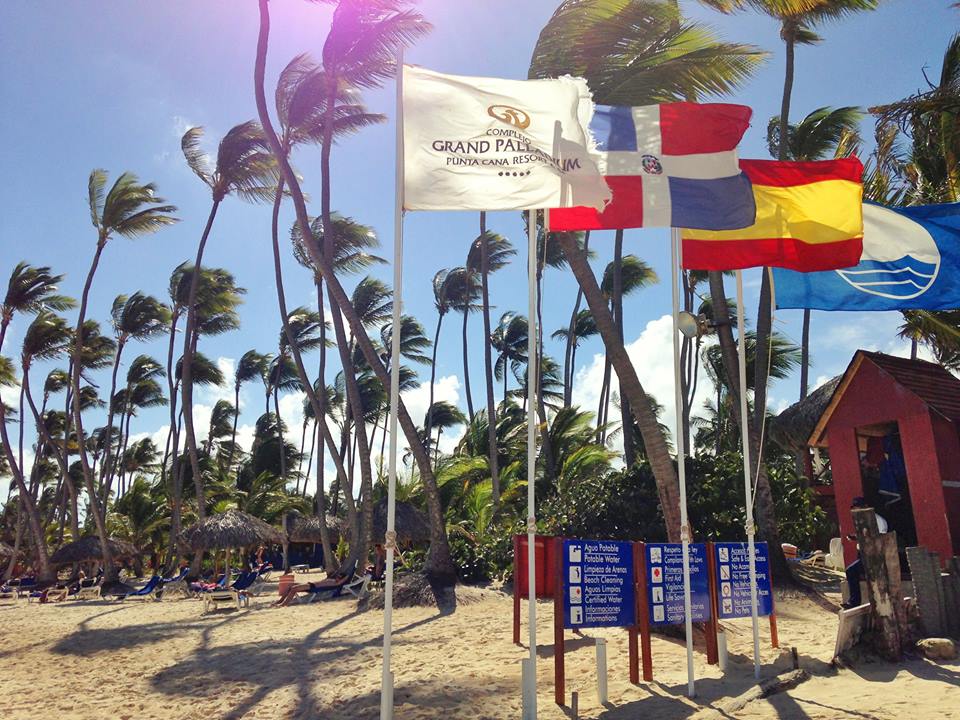 One more year, the paradise Bávaro Beach at the Grand Palladium Punta Cana Resort & Spa has been awarded with the “International Blue Flag” official certification.

The Blue Flag is a voluntary eco-label awarded to more than 4000 beaches and marinas in 48 countries across Europe, South Africa, Morocco, Tunisia, New Zealand, Brazil, Canada and the Caribbean.

Blue Flag recognize Grand Palladium for its environmental awareness and increase good environmental practices among tourists, local populations and staff, so as to protect the marine world.

This award is in addition to the certification granted to Hotel Grand Palladium Vallarta and The Royal Suites Punta de Mita in Mexico.